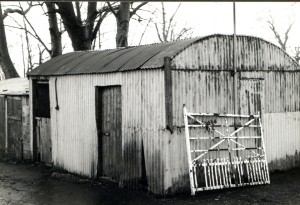 I was born in this tin shed on a small farm in Ireland, the son of two teenagers, neither of whom had known their parents, and in my father’s case who didn’t even know his name – he was illegitimate and his birth had not been registered. My mother was a kitchen maid, my father a farm servant. They had three unwanted babies in three years. At twelve months old, during the Second World War, I was taken to England. I never saw my father again, and the brother and sister disappeared also. I went into a series of foster homes, a children’s home, and later to live with my mother. This was not a match made in heaven. They were not the best of times.

I was a dunce all through school. In high school they stuck me in the Remove, a class for kids they didn’t like and couldn’t teach. Years later I got a BA, then an MA and finally a PhD. So these days I’m a doctor. Not a useful doctor – just a doctor of philosophy. And what do I know about philosophy? Diddly-squat. I left school ‘ignorant, half-educated and crude,’ to quote a reviewer of one of my books. I became involved in petty criminality for a while. My real education came from travelling and working in foreign places. I set out to work my way slowly overland to Australia (a historically appropriate destination for an Irish criminal). I spent two years travelling and working in ten European countries and was then arrested by a beautiful Greek/Irish teenaged girl and an unplanned pregnancy.

I became an anarchist or, you might say, a libertarian socialist, and was involved in numerous political causes in opposition to many of the crimes perpetrated by the rich, powerful, greedy, and prejudiced. What did that achieve (apart from getting me bashed, or locked up, or deported occasionally)? Not much, sadly. I went to Southeast Asia as part of a non-violent action group in 1967 to oppose the American War, was involved in civil unrest in several countries in 1968 (‘the year of revolutions’), worked for the Northern Ireland Civil Rights Campaign in 1972, and later, appalled by apartheid, visited South Africa.

I only discovered the joys of reading in my twenties (the first novel I read was Steinbeck’s magnificent The Grapes of Wrath), and began writing when I was nearly thirty. Since then I have had almost ninety books published. I have had work published in, I think, twenty-seven countries and twenty-four languages. Most of my books have been for children (maybe I never grew up). I began writing when I was in prison in Thailand. At first I wrote performance poetry, and went on to write non-fiction, and then stories, novels, plays, and children’s books. Along the way I had six children (or four, depending on how you look at it), each with a different mother, set up a commune in Cumbria, did work for People Not Psychiatry, and established a major Arts Festival. With the respected literary critic and poet Dr David Craig, I founded and edited the literary magazine Fireweed, which was published quarterly from 1974 to 1978. As a photographer I had work published and exhibited. North West Arts mounted a one-person exhibition of my photographs in 1977. As an actor I created the role of Joe Malik in Ken Campbell’s epic production of Illuminatus that opened in a warehouse in Liverpool in 1976 and then moved to The Micky Theatre, Amsterdam, and the National Theatre, London in 1977.

I arrived in Western Australia in 1988 (more than twenty-five years later than I’d intended) having migrated with my wife and my sons Sam and Jo, under the special category of artists and sports people of international reputation, and we have been Australian citizens since 1990. I am a past president of the Western Australian branch of PEN, the writers’ organization with special concern for writers throughout the world who are in imprisoned or persecuted.

I live in Kalamunda, a small town in the hills outside Perth, the capital of Western Australia, in a timber and iron pole house that I designed and built in 1988, and I have no intention of leaving until they carry me out in my box. My wife and I share the house with one mongrel, a sweet-natured golden retriever X named Chica.

One of the questions I’m always asked by kids when I do school visits is “Do you earn a lot of money?” I don’t. But, hey, who needs money? I live a privileged life. I work at home, swim in the pool, go kayaking on the river, play tennis at the local club, play badminton with my son, go bush walks with Chica, muck around in the garden, read books, go to movies, visit and entertain friends – and the sun shines here two hundred and fifty days of the year. When I was a child and then a young adult and life was painful and bleak, I never imagined that it could ever be this good.

When my son Jo was four, and my daughter Sara eight, I overheard them arguing one day about whether or not I was famous. ‘Of course he is,’ said Jo, ‘He’s been on television.’ ‘Don’t be stupid,’ said Sara, scornfully. ‘He’s not famous.’ Then she added more thoughtfully, ‘But perhaps he will be after he’s dead.’ Well, being famous was never one of my goals, but if it’s going to happen, I’d rather not wait that long.

Have fun. Enjoy life. And most importantly, always try to be kind. 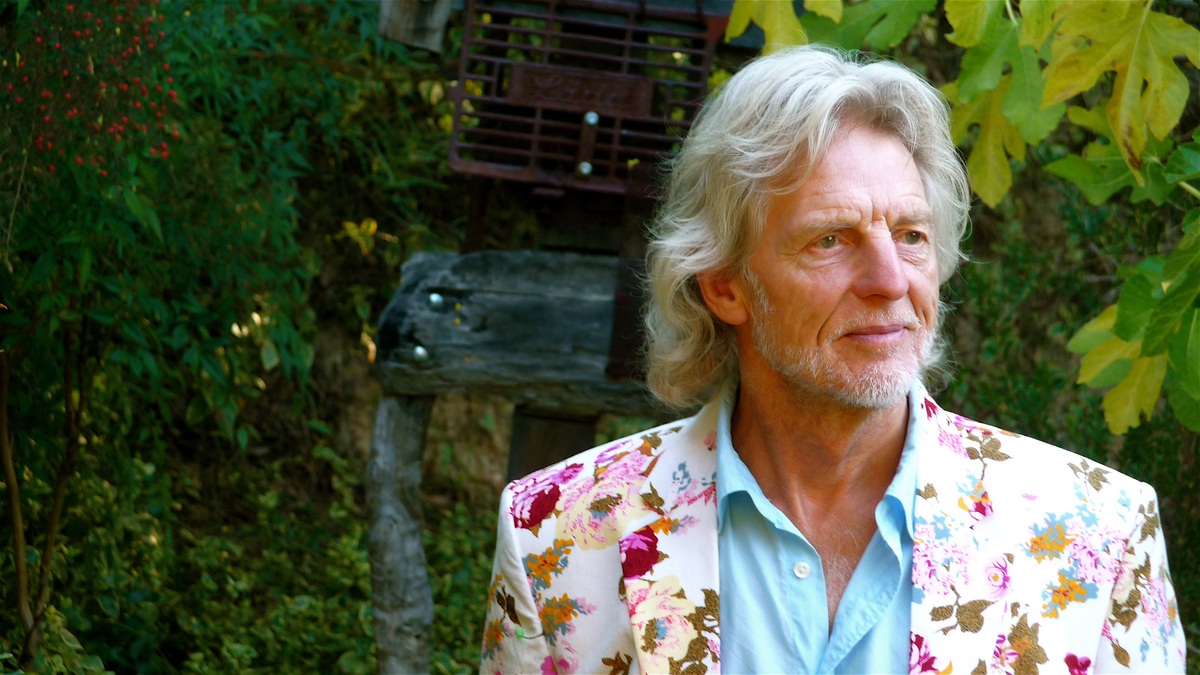 There has been a report in the press lately suggesting that not all monies given to charities reach their desired destination. It worries me that this might result in people becoming less generous. At a time when our shameful government in Australia is slashing the budget for overseas aid, it is even more important that individuals do what they can to help the unprivileged. I support ten or so charities as far as I am able from my fast-diminishing income, and I know that in the following cases the money I send is reaching those in need. Among them is PLAN, through whom we have sponsored one, two, or three children for maybe thirty-five years.

I am an ardent regular supporter of the AnimalsAsia Bear Rescue campaign.

And I wrote and financed the publication of a children’s picture book called Saving Jasper for them, and with a friend undertook a bear ice bucket challenge: https://www.youtube.com/watch?v=VLHh4bVMEjc&feature=youtu.be

A marvellous little (and little-known) educational charity working in southern Africa is The Char Char Trust:

We like to finance one CharCharChest each year (a whole school in a chest!), and I donated 24 stories exclusively for their reading books.

Among others doing vital and wonderful work are The Fred Hollows Foundation, and Doctors without Borders.

How sad it is that we live in a world where these organisations are so necessary. 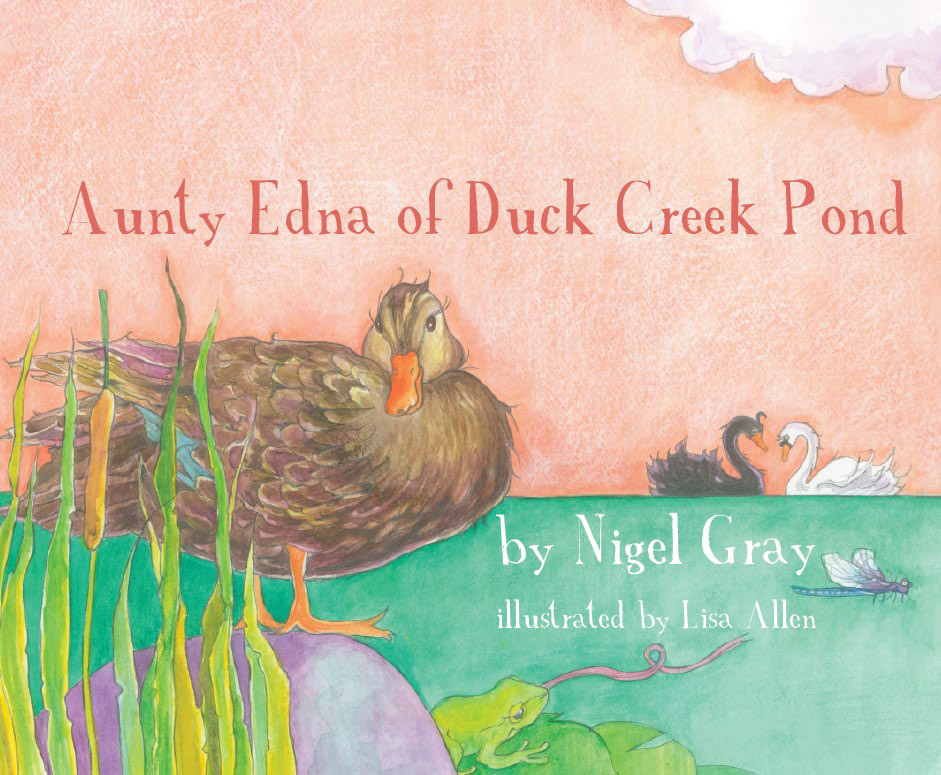 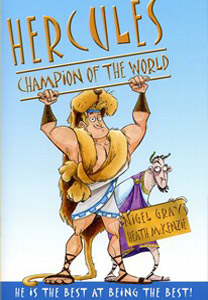